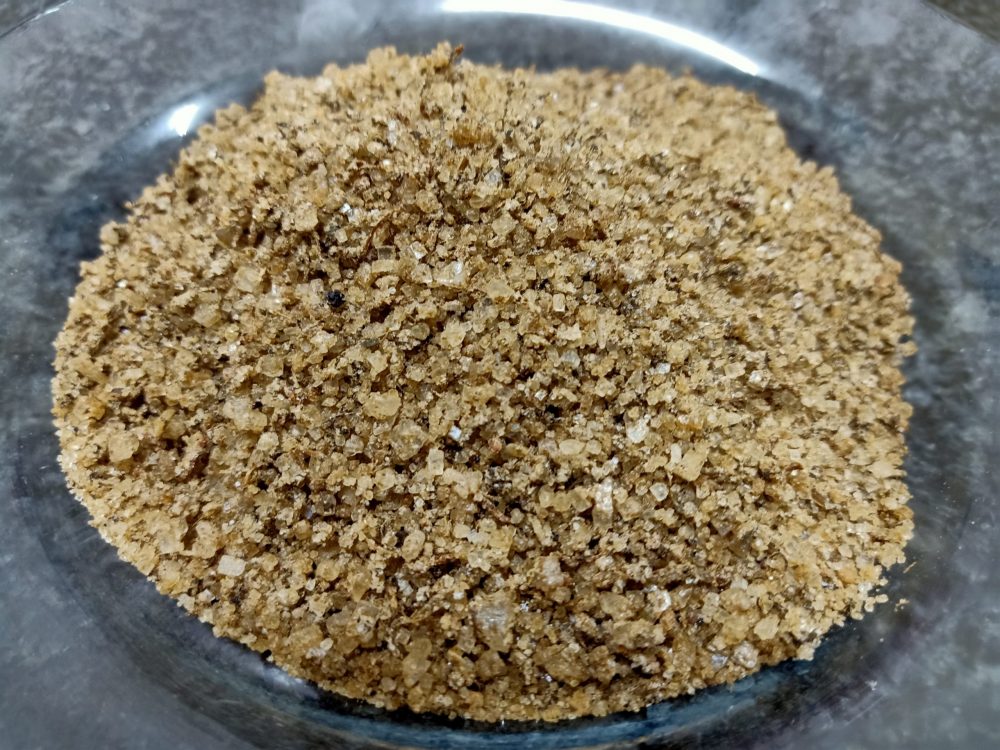 A while ago I was staying at the Kellerberrin Caravan Park which in my opinion is one of the best caravan parks in Australia and there I met this old man Frank in his early eighties. I told him that I was interested in the wheatbelt salt and this quickly triggered memories of his childhood. He told me that there was a local man that used to pick salt from the salt marches close to Kellerberrin and used to sell it to the locals and any travelers travelling along the Great Eastern Highway.

Some of this local salt was sold to this farm lady that lived outside the town and used to make the most amazing salt infusion using her sauce which Frank called it Kellerberrin Sauce and the salt from the marches. Apparently this infused salt was really sought after from far away and also used to be sold at the Doodlakine store which was the last train stop on the Kalgoorlie trip which from there onwards it was mainly by coach. On these coaches they used to take some of this infused salt which the hungry gold miners used to sprinkle on their barbecue meat.

When I asked him what were the main ingredients he was not one hundred percent sure but he said from his recollections that it was mainly fermented molasses and barley with some spices which created this tangy sweet sauce. They used clay pots to infuse the salt with this sauce which were then covered with cheese cloths and left in the scorching sun for many days to give it time for the sauce to penetrate the salt and change both its texture and taste. He said that sometimes they used to add some pasted veggies like tomatoes, celery and parsley to add texture to the salt.

So from this story I was inspired to experiment to create this Kellerberrin Sauce and this amazing infused salt and I believe I am close to cracking it. When I sprinkled some of this infused salt on the meat before the barbecue and leaving it there while cooking the meat came truly delicious with a soft and mildly sweet tangy taste that was quite unique.